A lot of people after visiting Cuba have asked me how they can obtain genuine Cuban cigars. This article is for them!

It is universally known that Cuba is the homeland of premium cigars. However, it is not a secret that the biggest frauds tourists are victims of usually have something to do with fake cigars, rolled with waste tobacco, and sometimes even with banana leaves. Although fake cigars usually have a good appearance, one can tell they are not genuine when they are lit or cut. Personally, I don’t judge the Cubans – they are just trying to survive with low salaries and a high standard of living… Our purpose here, however, is to learn how to avoid the local traps as regards cigars, so here are some pieces of advice:

As I already mentioned every worker in the cigar factories is due five cigars a day as compensation for the heavy labour… Each genuine cigar undergoes over 300 manual manipulations before it becomes an end product. The starting point of it all is picking up the leaves, which is an extremely responsible process. Moreover, the tobacco seeds are very small and therefore need to be planted firstly in a nursery-garden usually around September. In two months when the plants reach 0,10 – 0,15 cm, they are moved onto the open field. The region in Cuba where the most high-quality tobacco can be found is called Vuelta Abajo and is located in the west part of Cuba, close to Vinales.

The unique climate conditions and the red clay soils contribute to the deeper plant root system, which nourishes the leaves with minerals. I have seen huge leaves there – nearly 0,40 cm. Unlike Bulgarians, Cubans gather the leaves whenever and not early in the morning, or in other words, they don’t strain themselves that much. They pick the leaves one by one so the process is very tedious and tiresome. After reaping the harvest, the leaves are hung to dry for additional fermentation /for around three months – up until May/.

Next, the state company Taba Cuba buys up the tobacco production at fixed prices. Once in the factories, the leaves are sorted by women workers. In Cuba /and not only/ women are believed to be handier than men, so they sort the leaves according to particular characteristics. This is the moment when the torcedors step in. The most elastic leaves are used for the cigars outer layer and these leaves are sorted for each brand according to a secret recipe. The leaves for the cigar filling are called volado, ligero, or seco. The main leaves for the strong cigars are ligero and for the lighter ones – seco. The torcedors roll them in a particular shape and put them in a wooden press in accordance with the cigar model. Finally, they cut the cigars with a guillotine on one side and glue its end with a special kind of wax.

The ready cigars undergo quality control, which includes measurement of their exact size and thickness with special equipment – if the cigar is too thick it would be hard to smoke it. The end products are contained in special refrigerators with a particular level of humidity.

Lastly, the cigars are distributed all over the world by the state company Habanos S.A.

Visit the Cigar Festival, which takes place every February in Havanа.

Cuba is famous for a lot of cigar brands – Hoyo de Monterrey, Partagas, Cohiba, Romeo and Juliet, Montecristo, Simon Bolivar, and others. What is more interesting is that each factory produces cigars for almost all the brands. Another curious fact is that they came up with the name of the famous brand Romeo and Juliet after one of the orators in the factory read the famous novel by Shakespeare. What does the orator do in a cigar factory you might ask? Each cigar factory in Cuba has an orator who reads newspapers or books to the torcedors in order to amuse them during the working process. Except for Havanа, there can be found cigar factories also in Trinidad and Santa Clara. The belated El Comandante Fidel Castro’s favourite cigar is Cohiba Corona Especiales or also known as COHIBA LANCERO – a thin, long, light, and especially fragrant cigar. It is almost impossible to find it since it is made from the most fragrant leaves and is always in limited edition. The limited edition is a matter of great speculation worldwide, but in Cuba, it is an absolute fact. COHIBA LANCERO can be found at the Cigar Festival, held in Havana. 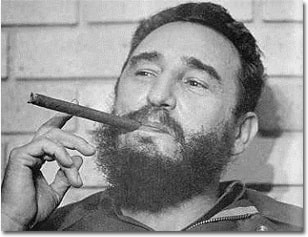 If you want to learn everything about cigars you have to attend the annual Cigar Festival in Havanа held every February. However, keep in mind that you need to make a reservation at least 6 months in advance.

Here is one last, but very important hint for you. Once you buy cigars you need to preserve them correctly. For the purpose, you need a humidor – a special box made more often from cedar wood with thick walls. The good humidor maintains a certain level of humidity and at the same time preserves and adds to the cigars’ natural fragrance. The ideal level of humidity in the box should be around 65 – 72 %. It can be regulated by moisturizing the sponge in the humidor. Don’t let the humidity level drop under 65 % and make sure it is not higher than 85 %! If the cigar becomes dry it loses its qualities and natural scent. If you want to boost the fragrance of your cigars add several drops of whiskey, rum, or a couple of coffee beans. When buying a humidor don’t forget two things: the good humidor is relatively heavy and its price starts from 50 CUC /for 25 cigars/ and more. When you close the lid it should push the air out. Never buy light humidors that cost under 20 CUC. Read here for more details about the prices and currency in Cuba.

FIND OUT HERE MORE ABOUT BENITO’S TOBACCO FARM IN VINALES